Now, i suppose everyone's blog will be something like 4days left!!!(for those taking O lvl's) but lots of things happened during this period of time, amidst the busy and troubling O lvl's.

As mentioned in the previous post, my friend told me about his unexpected rewards for taking initiative. But instead of keeping the scret for him, i leaked it. (You may think that i'm a bloody loser by now, but i shall explain myself) When people do something, I mean there must be and would be a reason behind it, be it good or bad. Obviously, by leaking the 'secret' it would be for a good purpose; if i leaked it for a bad purpose, then i do not deserve to be my freind's friend, isn't it?

Frankly speaking, in my opinion, the people that my friend is 'messing' with are probably devil-may-care type of person, and he was on top of the heaven. This is why i leaked the information, and i shall not explain more if one can't comprehend.

However, after what i've seen were the effects of my acts, i felt really sorry for my friend who took me as his fast friend. I kind of like betrayed his trust or something like that. Ok, it's not something like that, i betrayed his trust. I think this may sound very 'womanish' (i'm not a male chauvinist by the way) but i'm really sorry, as this incident became more pronounced, another classmate of mines felt in a way unhappy(pardon me if i'm wrong). He began to have small quarrels with my friend. This wasn't what i wanted.

Maybe it was my fault that i tried to help, i mean who am I to interfere in someone else's life? Although another friend of mine who is otherwise known as the 'toucher' felt the same, i believe and seriously think that i shouldn't have acted.

In fact, this brings us to a point of what people always said. 'mine your own bussiness'
should we keep our feelings or thought's to ourselves, or should we try to interfere with some other person's life? Can we draw a line to decide whether we are helping others or simply being a busybody? 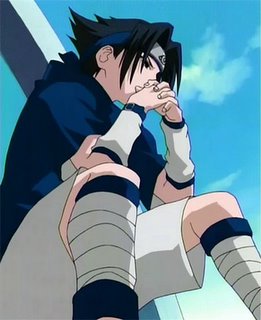 Anyway, let's work hard for the remainig days for the 'O' level's.

"What is Friendship when complete?
'Tis to share all joy and grief;
'Tis to lend all due relief
From the tongue, the heart, the hand;
'Tis to mortgage house and land;
For a friend be sold a slave;
'Tis to die upon a grave,If a friend therein do lie."
Anne Finch
Posted by Cheung at 4:59 PM