yep, now is my turn to talk about the chalet we or I had. Yeap, as you all have read probably in other posts, the first day wasn't anything special and all, bbq and everything, nothing much special but we were at least TOGETHER. Things soon changed after hours, at around 2 (am of course) me shaun and Man left Aloha and went to Costa. What was the reason? Plainy speaking we thought we could have more fun. Nevertheless, we did consider the fact about the CLASS chalet and all, but our hearts pulled us away from Aloha.

Yes, while probably rest of 48 were in rooms playing bridge and talking your hearts out, we were at the other end watching Liverpool-Chelsea champions league matchup, and at the same time playing Knock-It-Down poker. Lol, go kenneth kang's blog for information on how to play. In fact, the game wasn't anything special, but, let's think of it. In MY opinion(solely mine, cause i dunno what Man and Shaun thinks) this game wouldn't be fun playing with 48, it just lack certain factors which i couldn't put in words.

I got to know that 48 slept at 0530, but we slept at 0700. What did we do? We even had fun on the bed( there were no sick things, only sick thoughts on the bed). When we woke up around 11, which i think was proportional, in speaking of the time people sleep at least or as compared to TJC, we hurried back to Aloha. Yep, we slept for 4 hours and we wanted to have some fun with the rest or with our class. As i called Jc, i knew you all were at the escape, but we couldn't take it, we ARE hum, LOL. Actually, we thought that we did not have enough sleep and the spining rides could only make it worst. Therefore we went back to Aloha to swim with people who also did not went to the escape. We had fun playing MONKEY, with Ys and friends bitching around. Seriously we had fun, with the class. Another Point is, we came back.

Yep we left the pool soon after we realised that the skin on our fingers had folds and creases and where many things dropped into the pool and contaminated the water! ( swimming people will understand this part, LOL) After taking a bath, we went cycling. Ys and group didn't leave for cycling and thats why you all saw them when you all were back. Once again, its pure coincidence that led to our dissapearance.

But what i thought was very much different while i was in the pool. I wanted some get together too and asked Jc if we were to stick to the Marina plan or what, but somehow, decided to have yet another bbQ. What did we actually do after that? Downtown east playing some lame arcade where Man got real pissed with copycat CMK, beating his gear shifting moves on the Advanced Daytona track. We went back and started yet another AP show. Everybody got real tired and everything, but while you all were watching, me and shaun were talking outside at the court. Before i divulge what we discussed about, i had to tell 48 that i had the class in mind always, I know that this would probably be the last time some of us are meeting each other and i had constantly double-checked whether any of our departure would have a heavy impact, and i constantly reminded shaun and Man about sticking with the class. They (shaun and Man) also know that we should be with the class, but once again we left in the night or rather the morning(3 am) to Costa, as we saw everyone sleeping. Ok, back to what i discussed with shaun. We in fact did not want to leave on the second night, and this is the truth as anyone can always double check with Shaun. But WHY DID WE LEAVE? Everyone was in their beds by then, nothing much would have been done even if we stayed.

Even after the Manchester-Benfica match, i reminded bryan to wake me up in the morning to pack up or maybe just to show my presence to you all, or perhaps to enjoy the company of 48, but it was my problem for that morning as i went down back in bed after bryan had miraculously woke me up. And when i woke up, darryl had my ezlink card, which I really felt very sorry, really sorry for this, that we continued sleeping when you all were getting ready to leave this sentiments similarly applies to Shaun.

What is it here? In fact we do admit that we were not right or at least should not be leaving the chalet, but what woukd we have done? Also, we made it a point to only leave in the midst of the night. This is not some defence shit, but just to allow everyone to better understand our absence, espicially for those who went to escape.
------------------------------------------------------------------------------------------------
The problem actually lies with the mentality of all in 4805 that we can perhaps( using a rather strong word here) NEVER get close together, I mean for some( around 10?) of the 25 people. Mrs Chung was right after all? Isn't it? We would only come together when we had a common cause, and when 'Operation Rescue Form teacher' was over, WHERE the hell is the BOND? Nevertheless, this chalet would be a good leson to learn, do not force people together, i mean under one roof. Certainly for most of us we would remember each other, not because we would be in the same school but because of the memories and time we spent together. 4805, wish everyone a merry christmas and bright future ahead.

This id probably the best thing to say to 4805, i mean the phrase'wish everyone a merry christmas and bright future ahead' . Everyone is so concerned with their future and results, where would there be togetherness? People come together only when time is SPENT TOGETHER. How is Jc able to be in contact with his primary school friends after 4 years? Effort and heart would be the best reason, all parties play a part by putting in effort to take time off to meet. Would this be possible with 48 in the future? erm, let's think about that. Bye 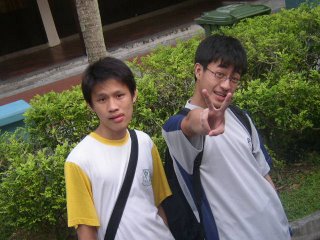 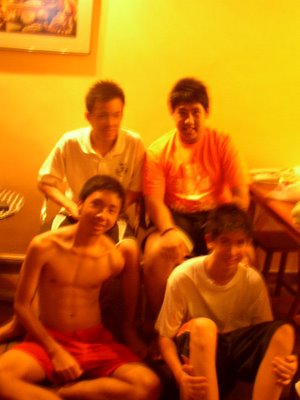 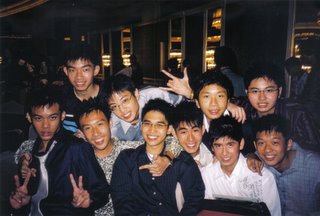 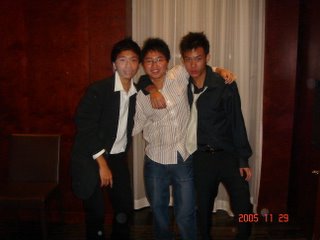 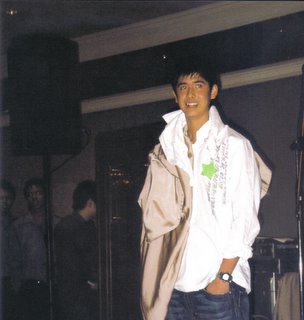