Whew, another week passed, befroe long, i think i wil be back in school again. First thing first, all the blogskins for darryl and kuty looks decent( mines the best) muah hahah... Harry potter was a bit of a dissapointment for me, it wasn't as fantastic as what the critics said, i think it was only worth at most a 3 star, the 3 stars was for the part where hermione jumped out to hug harry(opPs). It was really a very special scene. However, the scene where hermione was crying because of the insensitive harry potter and ron, was VERY redundant... wasted 10 secs...wth, how has it got a link to what was happening then, might as well remove this scene, and added more quiddITCH animations apart from the pathetic VICTOR KRUM scene...

yeAh, JJ bought a dirty-green coloured jacket, it looks rather cool, i think it will definitely look nice on JJ as he is very, and i seriously mean VERY muscular. Lan today was a bit sian, no doubt, perhaps it was because we got owned??? I really don't know, beginning to lose interest in DOTA le...haha, anyway, it is makes me another day closer to VJC.

In fact, i'm afraid that i would not be able to get to Vj, it would be horrendous for me, if i didn't make it after the release of 'O' level results, i started asking myself how much i have prepared.
Not much actually, frankly speaking. I would definitely not regret over what i have done, because i had a enjoyed myself then. But what if i didn't make it to VJC... 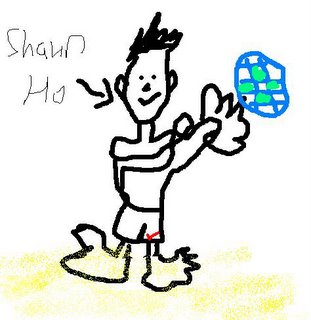 The day to sentosa wa quite fun haha, we are really dumb to go out on the rainy day, but who cares? We've enjoyed ourselves and certainly had some fun, we'll take a look at the pictures in next few post i suppose.. Shaun Ho was really stylistic in his spike, pointing into the sky( the picture illustrates it), the picture looks a bit off la, he looks more like a monster poser instead of his usual cool self, haha, who cares? He just look zai with the pose. (shuan pls pardon me for this) Anyway, YS used his socks to wipe off the sand that went on his face, eWWWwwwwWW... not his usual self. ( YS i used his ok?)

Oh, btw, anyone who read my previous post please don't guess that you are the person or what. I believe you have already taken action to remedy the situation cos you are NOT dumb. Anyway, i will not change my point of view of a person over an incident or whatsoever, my friends are still my friends, please take whatever i mention in my blog lightly as i would definitely talk about extremely sensitive or serious issues, ok??? 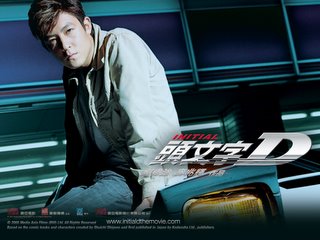 I just feel like adding this picture, he look really cool doesn't he? I'm not a GAY(thx). I just want to have a picture in this whole lump of words and letters!

Good luck my friends in whatever you do!

no quotes this time.
Posted by Cheung at 7:57 PM